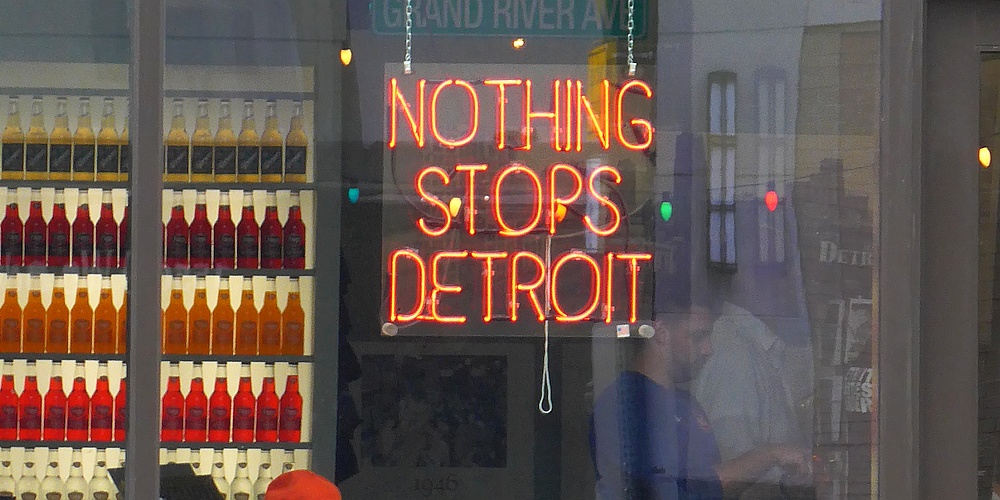 Skaters from across the world converged for the largest skate party globally on Detroit.

Sorry I’m late for a post about Soul Skate 2018, but such a great event hasn’t an expiration date. Since 2007, the bi-annual skate Soul Skate party at Memorial Day weekend has been a forerunner for merging roller skating, music, and style. The music producer and DJ Kenny Dixon, Jr., AKA DJ Moodymann,  is the brain behind Soul Skate. That he accomplished to gain interest of a broader audience for the skate party beyond the skate community is his contribution to the skate culture.

The secret of the Soul Skate vibe are the skaters. Vice talked with some skaters about the skate culture and you can feel the peculiarity which is unique for this party.

More than words can describe,  a short-documentary, directed by Ramone Anderson, brings you directly into the action.

Another great video by Bianca Chase, gives an impression of the awsome roller skating which can be seen at Soul Skate.

Skating plays a huge role in Detroit’s cultural and political history. I have shown this in the posting about Soul Skate 2016. Aside from joining the party it was same important for me to explore Detroit’s roller skate culture in more detail by visiting the local adult skating sessions. Out of the many great experiences during the visit in Detroit, I want to highlight two remarkable indications of the love for roller skating in the city.

Detroit Roller Wheels is my favorite roller rink in Detroit. A former practice ice rink of the NHL hockey team Detroit Red Wings, which is in roller skating business since 1981. It provides under same ownership, fun and safe skating for almost 40 years. In the last two years the rink has been renovated, including the hard wood maple floor, and the sound and light system. It is a beautiful venue and a showcase for up to date roller rinks.

Parts of the old floor were used to honor skaters and Detroit roller skating, hanging at the wall and serving as a “hall of fame”.

I’m absolutely overwhelmed, that the owner gave me credit for rolling on the old floor at my visits in the years before with a plaque.

Another institution in Detroits roller skating culture is the Rollercade roller rink. RollerCade was the first black-owned roller skating rink in the city of Detroit. It has been family owned and passed down since 1954. They haven’t missed a weekend being open since the 1950’s. Remarkble, when you consider Detroit in 1955: Twelve years out from the 1943 race riots, 12 years away from the rebellion of 1967. That an African-American family was embedding itself in this community at that time is an accomplishment in itself.

Different to most other roller rinks it has a terazzo floor. That is the reason the Detroit skaters call the rink “The Basement”.

You can inhale history with every breath. Nevertheless the owner of RollerCade, Kyle Black, is running the business in the modern times. There is an active Instagram and he regularly hosts fundraising events. He is modest about upholding a family tradition, but makes clear that it’s all about the patronage.

Folks love the place so much that they gave it a theme song. Starlife, a local rap group, borrowed the beat from Newcleus’ “Jam On It” (and the original song is another rink favorite) and rhymed about first kisses on the skate floor and powering up at the snack bar, which keeps it simple with hot dogs, chips, fountain drinks and candy.