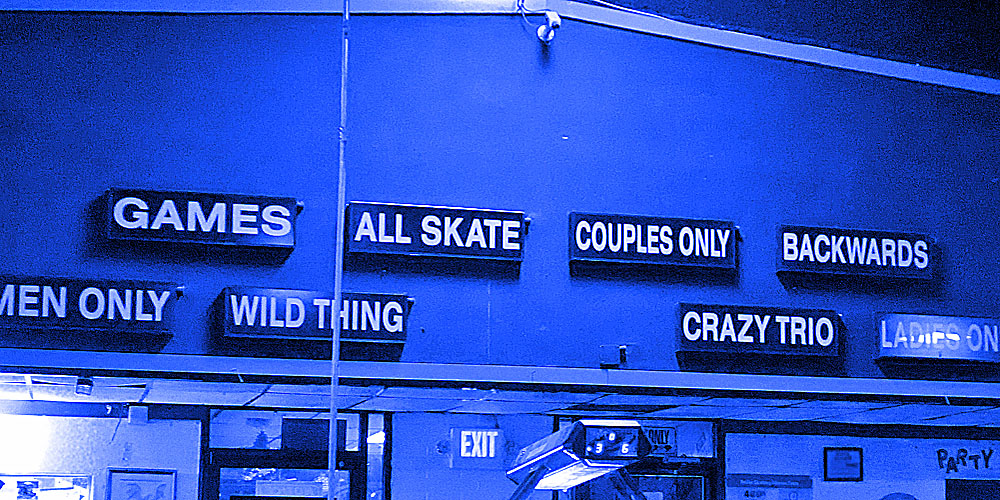 Organ music played a decisive role in the history of roller rinks. Surprisingly skating to this kind of live music is still existing.

The term “organ music” is immediately associated with churches. But these instruments were also signficant in the history of roller skating. The theater organ or cinema organ was designed to accompany silent movies. Like a symphonic organ, it is made to replace an orchestra. However, it includes many more gadgets, such as percussion and special effects, to provide a more complete array of options to the theater organist. In the late 1920s roller rink managers adopted outdated cinema sound technology to outfit their rinks, because 1927 marked the debut of “The Jazz Singer,” the first-ever feature film to have recorded dialogue, or “talkie.” The silent movie era soon faded into memory and theaters sold their expensive pipe organs for a fraction of their original worth. Organists were now the master of ceremonies in roller rinks for the following 30 years, until in the late 1960’s roller skating rinks began to convert from playing organ music to playing popular records during public roller skating sessions.

However organ music is closely related to roller skating as a predominately white, middle-class American activity. Roller skating in the United States has also long been an African-American past time. Particularly skating rinks became subject-matters in the in Civil Rights Movement to end race discrimination, because roller rinks were amongst the last bastions of social “leisure” spaces separating white from black. Bill Butler described in his book “Jammin”, that the African-American roller skating experience didn’t rely on organ music.

“I began skating at the Arcadia Rink [in Detroit], on the one night that was given to black people. Later, we got two nights. And for these sessions there was no organ music; they played rhythm and blues … And we skated in the idiom of this music, doing what the music demanded, which everyone seemed to know already – jamming. It was a term used in both roller derby and in jazz music where it refers to on-the-spot composition. The difference between jamming and dance figure-skating is the difference between jazz and classical music.”

Nevertheless, the tradition of organ music skating still cultivated in some US roller rinks, as shown in the feature about Dominic Cangelosi and his Moonlight Rollerway rink near Los Angeles.

One of the most impressive rink organs can be found in the Oaks Amusement Park in Portland, OR. The Wurlitzer model with four manuals, moved to the rink in 1955 from its previous home at Portland’s Broadway Theatre, where it had been installed in 1926. It has a main role in the award winning documentary about the making of the album “OAKS” by musician Ethan Rose.

And here is, how it looks, when skaters are enjoying organ music.