Roller Skating has and always will be an all-time favorite activity to do while visiting Venice Beach. Since 1976.

In the 1970s and 1980s the beachfront neighborhood on the Westside of Los Angeles was crowded with young roller skaters, rightly claimed to be the Roller Skating Capital Of The World. If a starting date of this movement has to be named, the July 4, 1976, 40 years ago, would be appropriate to celebrate the birthday of the Venice Beach roller skating vibe.

At Independence Day in 1976 Jeff and Mark Rosenberg opened the first roller skates rental in Venice Beach. The brothers unleashed a wave, which spilled over from Venice into the world. Even nowadays roller skaters associate the special vibe when thinking of Venice Beach. All started with Jeff Rosenberg’s search for an alternative means of transport for his daily ride to the Santa Monica College. He conceived of roller skates to avoid the frequent parking tickets.

Adult outdoor roller skaters would have been looked as crazy as it is nowadays again. But Venice was home for artists, hippies and a good contingent of the LGBTQ community, leading an unconventional lifestyle. Some people asked him, where they could rent roller skates. So he and his brother founded “Cheapskates”, a mobile skates rental at the beachfront. An unexpected success, because they equipped the offered indoor rental skates with polyurethane skateboard wheels to get them suitable for the Ocean Front Walk.

At the peak of the roller skating boom Cheapskates rented and sold branded skates to distinguish the shop from the dozens of competing rental stations. 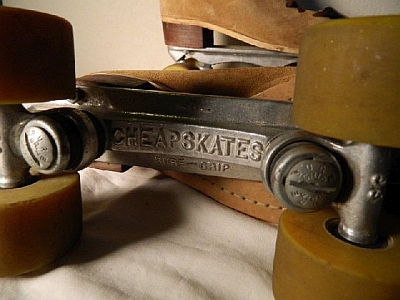 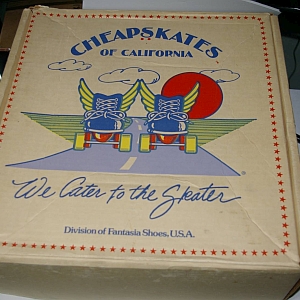 The short-documentary Roller Skate Fever depicts the atmosphere back then.

And the legendary video for the song “Party Train” by the Gap Band also brings back the atmosphere in Venice Beach including roller skating.

If you are enjoying this summer outdoor skating in the park or at the boardwalk of a beach, it is also Jeff’s and Mark’s credit.

—
Featured image is taken from Roller Dreams, a feature documentary about the rise and fall of the iconic Venice Beach roller dancing scene which is going to be premiered in June 2017.

150 Years of Rink Skating in the US

Paris in the Yellow Hand