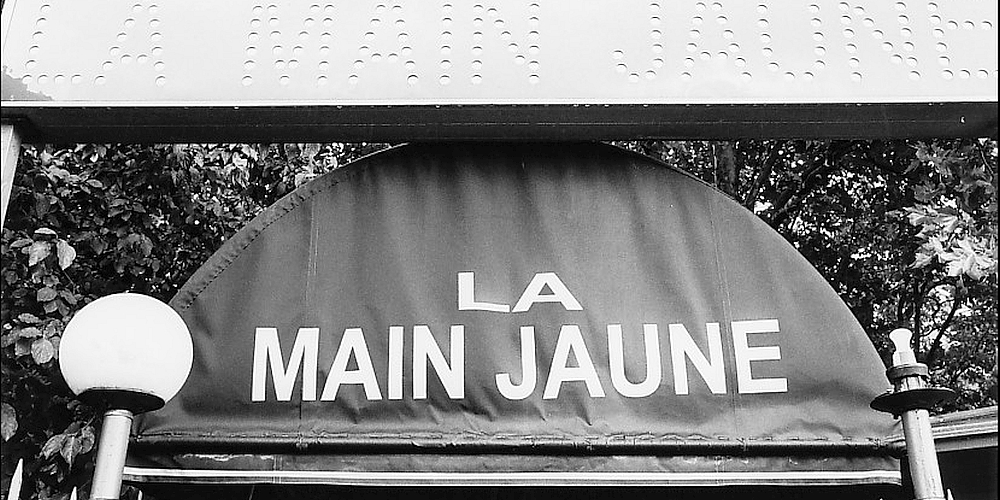 In Europe the roller skating boom of the 1980s kicked off in Paris. “La Main Jaune” was the trailblazer for the upcoming taking over of the hip trend from the US.

In 1979 a dance club, we called it “discotheque” or “disco” at that time, opened exclusively for roller skaters in the french capital. La Main Jaune picked up the roller skating hype in the US and introduced it into the European mainstream. At the same time as New York’s skaters were grooving on skates in the Empire Roller Rink in Brooklyn the “La Main Jaune”, translated “The Yellow Hand”, brought the NYC groove to Paris. The roller disco, which was located at the Square de l’Amérique-Latine in the 17th Arrondissement, can be seen in a french TV feature about roller skating in Paris starting minute 1:00.

Below the street level, in an underground garage the guest could slide to the floor. The roller rink had its grand appearance in the 1980 European cult movie “La Boum”.

In the 1990s it was converted in a dance club and closed in 2001. 2011 a group of artists occupied the abandoned space and organized in June 2013 a last roller disco party in the La Main Jaune.