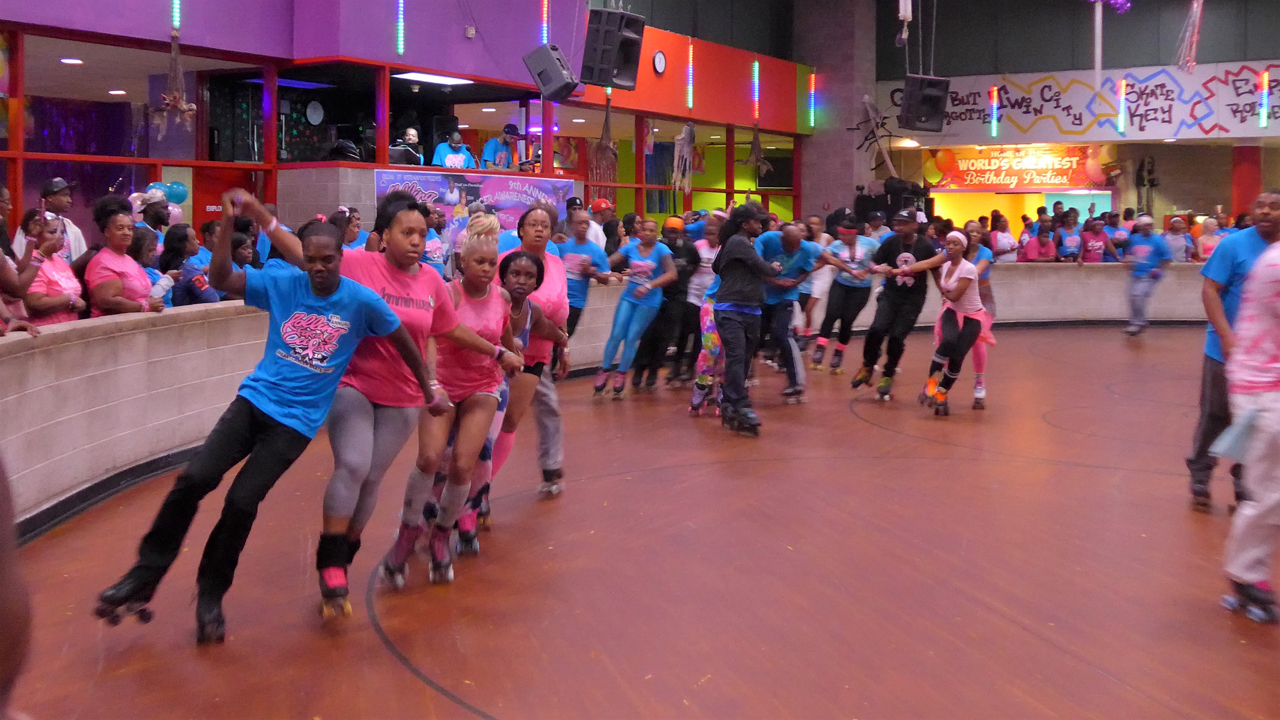 Roller skating is not only a recreational activity. The long tradition of African American skating is currently brought to a wider public.

The connection between African-Americans and roller skating is deeply linked to the history of segregation. The relation to skating was born during the civil rights era, when African-American fought to join roller rinks, against the rink owners, who were afraid of losing the revenue of white patrons. Although roller skating is seen by the general public as an outdated activity, which currently undergoes a comeback because of its retro-ish character, it was always promoted in black communities. Presently this part of the African American culture has been recognized and featured in the media, and emerges from the shadows of populare culture.

During the decades a rich African American roller skating culture had risen up. People skated to the sound of local R&B music unique to each city. This local music created each city’s distinct style, which persist in black communities throughout the country today. The documentary United Skates, which premiered in April 2018, shows the living culture, but also the threats it faces by the decline in number of roller rinks and rink owners’ covert racism.  In February this year the film made it to HBO, the American premium television network, and a wider audience noticed this subculture.

It is amazing to see, how the excellent documentary, and the global streaming of it, raised the interest for this overlooked history and the African American roller skating at the time. Articles spotlighted the local skating culture in the some of the most vibrant cities and regions of style skating.

The aroused interest has impact beyond the roller skating scene into popular culture. The New York Times appreciated the contribution of African-American roller skating to the development of music and dance with a video in the “Dance in the Real World” series about Chicago’s JB-skaters.

In Paris the #TommyNow Show by Tommy HilfigerXZendaya at the Paris fashion week themed a roller skating dance party, with skaters in sparkly costumes break dancing, popping on roller skates. The 70’s soundtrack, and a cast of mostly PoC fashion models of all body types was literally a celebration of African American roller skating culture. Indeed with European skaters, so not authentically, but nevertheless impressively.

The recognition is well deserved. But there are also skaters’ concerns if the community would be affected negatively after it is seen by mainstream audiences and may lose the essence of what it was about. After all the decades of fighting for getting into the roller rinks and development of the subculture, against all adverseness, I am sure the community is strong enough to maintain the drive and develop their roller skating further for the next generations.

One Reply to “African American Skating in the Spotlight”