The 1970s roller craze was also reflected in music album covers. Here are the five best.

The roller skating hype from the late 1970s to the early 1980s made also its way into the pop culture with roller-disco movies, in advertisements, commercials, and music album covers. Some of the album graphics are a showcase of their time. These are my personal top 5. 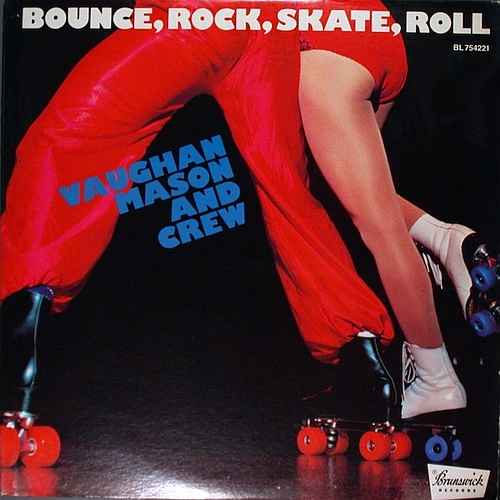 “Bounce, Rock, Skate, Roll” is the classic roller skating song, which comes in everyone’s mind when thinking about roller skating in that era. The artwork of the album was created by N. B. Ward Associates and is very straight and shows simply the legs of a skating couple. The tune by the American funk music group Vaughan Mason & Crew is the title track of the album of the same name, it reached #5 on the US Billboard Hot Soul Singles chart. Real pop culture gem, which has been sampled in more than 100 songs. It has been used as the inspiration for the title of the film Roll Bounce, and appears on its soundtrack, and also on the soundtrack to the film South Central. 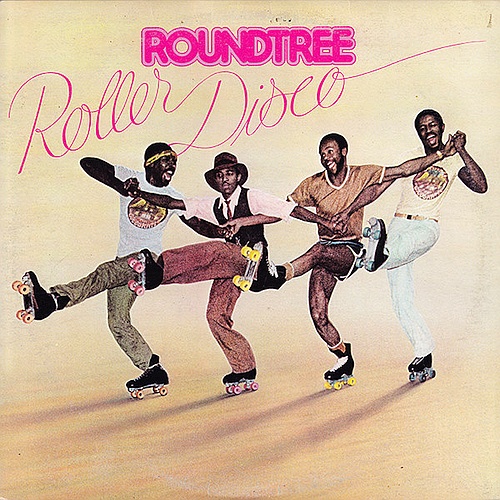 Actually this album is the only one which pictures real skaters. The cover by Pam Frank shows roller skating legend Bill Butler, on the left side, jamming with Anthony Ford, Mickey Idlett, and Maurice Gatewood, doing the famous hitch kick kick move. Roundtree was a project of the producer Kenny Lehman during the peak of disco music in 1979. Lehman also has arranged or produced among others Chic, Rhetta Hughes, and Robin Beck. So it is not surprising that Bernard Edwards from Chic was playing the bass and Luther Vandross provided back vocals for this album. It is a blend of “chic”-disco with a funky edge. “Get on up” can be heard often for New York style skating in the roller rinks. 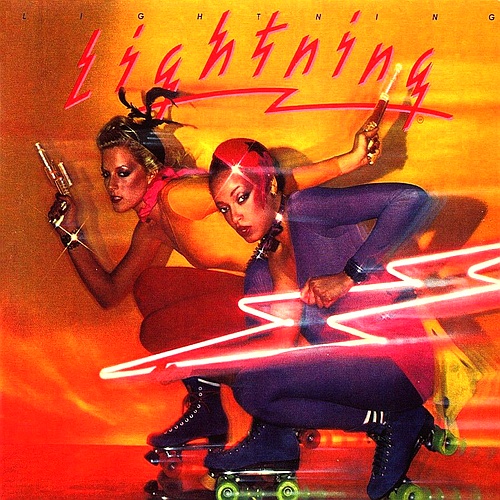 Looking at that picture, the disco vibe can be sensed. It was shot by Scott Hensel, who created several great covers for disco bands and artists like Shalamar, Midnight Star, Rufus, Michael Wycoff, Cameo, or Rose Royce, back then. Lightning was an interesting project with KISS drummer Eric Carr for backing vocals and drums on all tracks. The typical New York disco production included the track “Disco Symphony”. Because the band broke up at the time when the album was due to be released by Casablanca in 1979, it only saw limited promotional release. 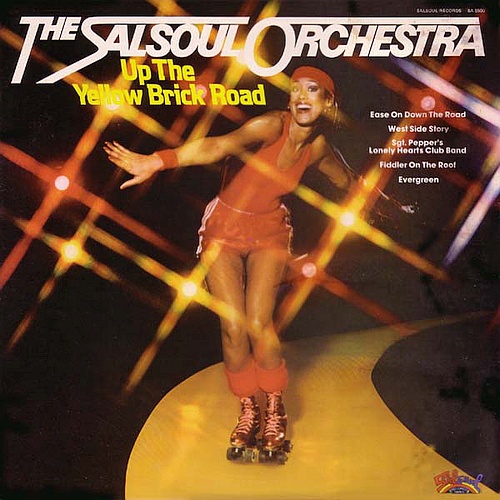 The picture of the album was taken by Don Hunstein. As as a staff photographer for Columbia Records for over 30 years he left his mark on hundreds of albums covers, some became well-known graphics, among them my personal favorite album cover: Billy Paul ‎– 360 Degrees Of Billy Paul. The Salsoul Orchestra was formed in 1974 by Philadelphia musician Vincent Montana, Jr. It initially consisted of many of the original members of Philadelphia International’s MFSB, who had moved to Salsoul Records. The 1978 album “Up The Yellow Brick Road” includes classic tunes from the musicals West Side Story and Fiddler On The Roof as medley in the orchestral Philly/Salsoul sound mixed by Tom Moulton and recorded at Sigma studios in Philadelphia. The title track “Ease On Down The Road” could stand for for the freedom that can be felt while roller skating and is expressed in the picture. 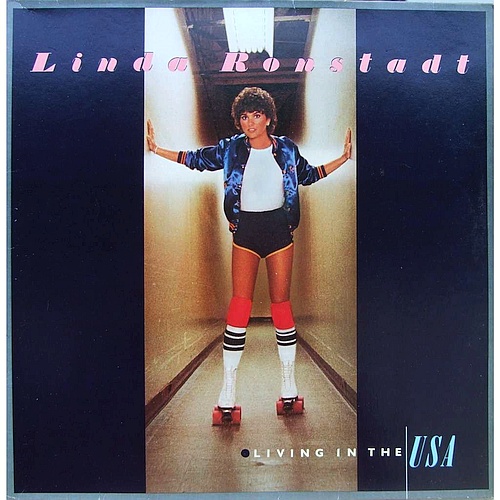 This album cover is a masterpiece of photograpic art. It was designed by Kosh, born John Kosh, an English art director and album cover designer. Kosh met The Beatles towards the end of the 1960s and was hired as creative director for Apple Records, where he was responsible for design, promotion and publicity. He created the graphics for iconic album artworks. With graphics for Linda Ronstadt’s record releases he won three Grammy awards for the “Best Album Package”. The album “Living In The USA” from 1978 was Linda Ronstadt’s third No. 1 on the Billboard album chart. Linda Ronstadt is not representative for soulful roller disco vibe. Nevertheless the front cover shows a roller skating Linda in a satin exercise outfit. As a measure of her impact on popular culture in this time period it was noted to have increased the popularity of skating in the United States at the time. At least there is some soul music on that record. The blandly beautiful rendition of the Miracles’ “Ooh Baby, Baby” is a case in point.